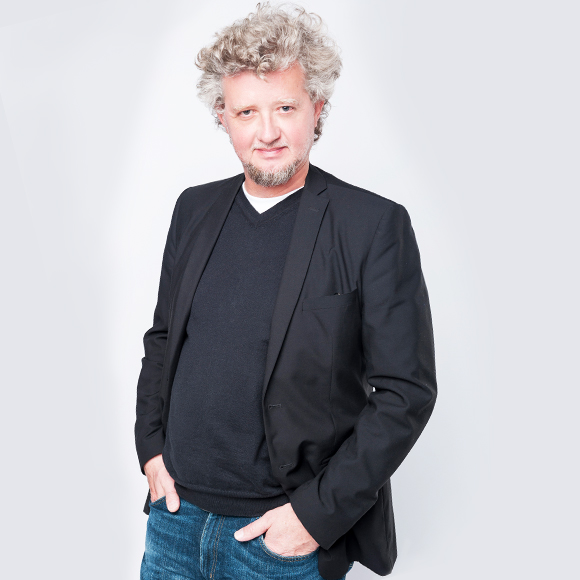 Aymeric Peguillan – bio (Pegs Music Projects)
Drawn to South African Jazz after listening to the music of Abdullah Ibrahim in the early 90 ́s, Aymeric Peguillan started his journey in the Jazz industry in 2000 when he, together with 3 partners, opened his first Jazz Club ”Pegs Cosy Corner” in Troyeville, JHB. That Jazz Social Club ran for 2 years and was voted Best Late Night (Jazz) Kitchen in JHB for 2 years in a row.
Ten years later, Aymeric Peguillan created The Orbit concept which he started with 2 partners in Braamfontein. The Orbit, which Peguillan ran for 3 years, has since become the most professional Jazz stage in Johannesburg, hosting more than 300 concerts per year, and often compared to the best Jazz Clubs in the world. The Orbit featured in 2016 in the Downbeat Magazine list of Best Jazz Clubs in the world. While at the Orbit, Peguillan facilitated the recording of some memorable sessions by leading artists (including Herbie Tsoaeli, Pablo Lapidusas, Kesivan Naidoo, Shane Cooper, Bokani Dyer and Feya Faku)
Since leaving the Orbit at the end of 2016, Aymeric Peguillan is now an independent impresario, concert curator, programer, promoter and producer in the Jazz industry in SA. He has been invoved in a variety of projects under ©Pegs Music Projects with the main obejctive to create more quality opportunities for SA Jazz musicians to be able to express themselves creatively.
In May 2017, Peguillan started a series of monthly Jazz concerts at The Four Seasons The Westcliff (Jazz on the Hill) which has seen the likes of Siya Makuzeni, Feya Faku, McCoy Mrubata and Paul Hanmer, Linda Sikhakhane, Steve Dyer, Zoe Modiga, Benjamin Jephta, Sydney Mavundla, Lindiwe Maxolo, Somi, Luyanda Madope, Nduduzo Makhathini perform before full houses.
Earlier last year (2017), Peguillan was brought in by Militia Broadcast to be executive producer on a series of episodes on SA Jazz commissioned by MNET/Mzansi Magic and entitled ”Downtown Jazz Sessions”. The series sees some of the best young Jazz artists from SA perform live in a landmark appartment in JHB and share their creative process through carefully crafted interviews. The series feature among others saxophonists Sisonke Xonti, Tshepo Tsotetsi and Nhlanhla Mahlangu, guitarists Keenan Ahrends and Vuma Levin, trumpeter Mandla Mlangeni, drummer Sphelelo Mazibuko, pianists Andre Petersen and Luyanda Madope, bassists Benjamin Jephta, Prince Bulo and Viwe Mkizwana, and vocalists Siya Makuzeni and Titi Luzipo with Africappella.
At Sophiatown The Mix, a new happening venue built on the historic site of Dr Xuma ́s house., Peguillan is collaborating with jazz journalist Gwen Ansell and the Mix to bring regular ”In Conversation with..” evenings. The concept revolves around panel conversations around a recording, famous tunes, an iconic band or shows that have had a siginficant impact on the SA jazz scene. The conversation involves the main artist invited as well as relevant cross generation panelists. It is followed by a one hour performance. The concept serves to archive and document some of the most crticial music works by artists who have not always acquired the attention and fame they deserve in view of their contribution to the SA Jazz song book.
In October 2017, Peguillan got involved with the Miagi Capegate Centre for Music, Jozi Unsigned and Morris Isaacson Hgh School in Soweto to create a professional Jazz platform at the centre in Jabavu. The ©Soweto Jazz Explosion is a monthly event that brings together seasoned musicians on the scene such as the legendary Khaya Mahlangu and upcoming artists. The platform has been running consistently since last year.
Peguillan is also involved with the French Mozambican Cultural Centre (CCFM) in Maputo in creating collaboration between SA and Mozambican jazz artists.